Everyone goes through trials and tribulations. These troubles can come in so many different sizes, shapes, and forms. And while we are dealing with these trials, it’s so easy to get lost in the grief that you are experiencing. It becomes more and more difficult as time goes on to see the light at the end of the tunnel. Flower Mound local Carrie Simpson was able to turn her times of trial into a bright light for herself and others.

Carrie Simpson is a Denton County local children’s book author. She wrote and self-published her first children’s book “Oh No! I swallowed a seed.” She began writing this book in 2018, and it was released November 22, 2020. She chose this date for a very special reason. On this date years prior, Carrie’s grandparents were lost in a house fire. 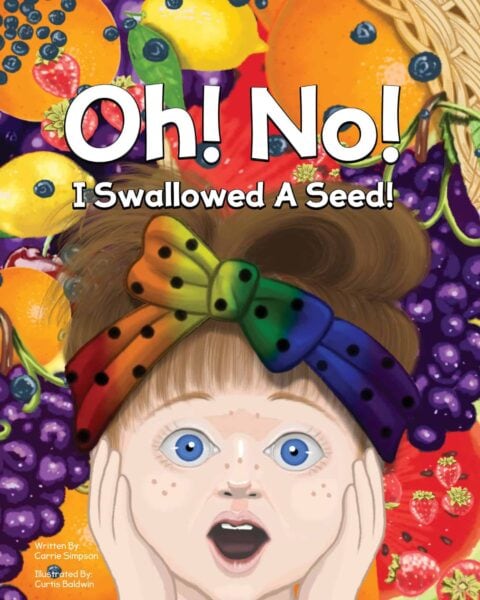 “With all of the grief that we experienced with that day, I wanted to make it into a positive thing” Carrie said.

Carrie is also a five-time cancer survivor. September 9th will mark 22 years since Carrie’s diagnosis. After her first diagnosis in 1999, she went on to beat her cancer battle and was clear for seven years. It was during these seven years that she married her husband of 19 years, Charles, and had her two daughters, Kara and Bailey. Carrie went on to battle cancer again in 2007, 2008, and 2011.

“I had one other little diagnosis, but I don’t really count it because it was the easiest of them all.” Carrie went on to say, “My husband is a great guy. He stood by me when I was bald and battling cancer, and he loved me so sweetly.”

Carrie always tells people to be kind to everyone.

“You never know how different paths are going to cross” Carrie said.

This proved to be true when a childhood friend that she had grown up with in Sugarland, Texas, Curtis Baldwin, became her illustrator for her children’s book. Curtis now lives in Hawaii and works as a tattoo artist.

“Because he works as a tattoo artist, he had to work on illustrating the book in his own time.”

Last year, social media guru Dani Austin posted about Carrie’s story and her book, which helped to launch her career as an author. Within two days, Carrie had sold 1,500 books.

“It was an unexpected blessing.” 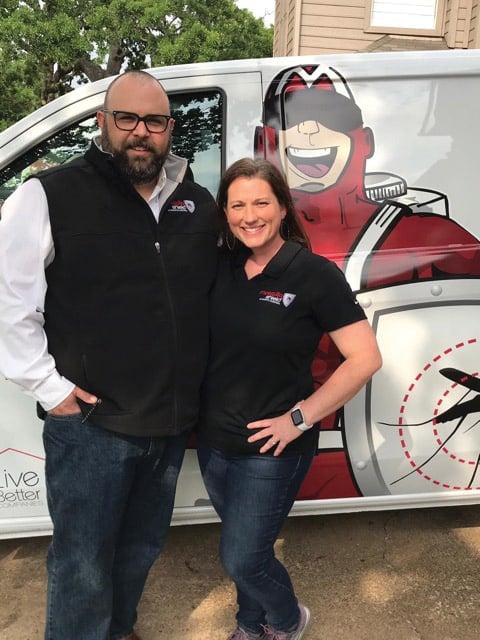 Mosquito Shield is celebrating its third year in business. Carrie and her husband are proud of the fact that the products that they use are made up of 99% natural ingredients with only 1% controlled product.

“They are very safe and non-harmful products to use.” Carrie said.

Carrie has done an excellent job of finding the joy in positivity in every single situation.

“In everything I do, I smile, pray, and persevere. I hope that people see Jesus in me. When anyone asks how I’m doing, I always tell them that I feel very blessed.” Carrie said.

She added, “I love people a lot. I love everyone — even those that aren’t kind.”

Carrie’s love for people has led her to reach people from all different places and walks of life. Last year, Carrie’s book went out to 49 out of the 50 states.

Carrie Simpson has become a glowing example of how to turn tragedy into triumph. With her kindness to others, her love for people and community, and her strong religious values, Carrie has turned a situation that most people find unbearable into a glowing blessing for people to enjoy for years to come. Carrie has gone onto prove that even in the darkest night, the light of the morning will always follow.