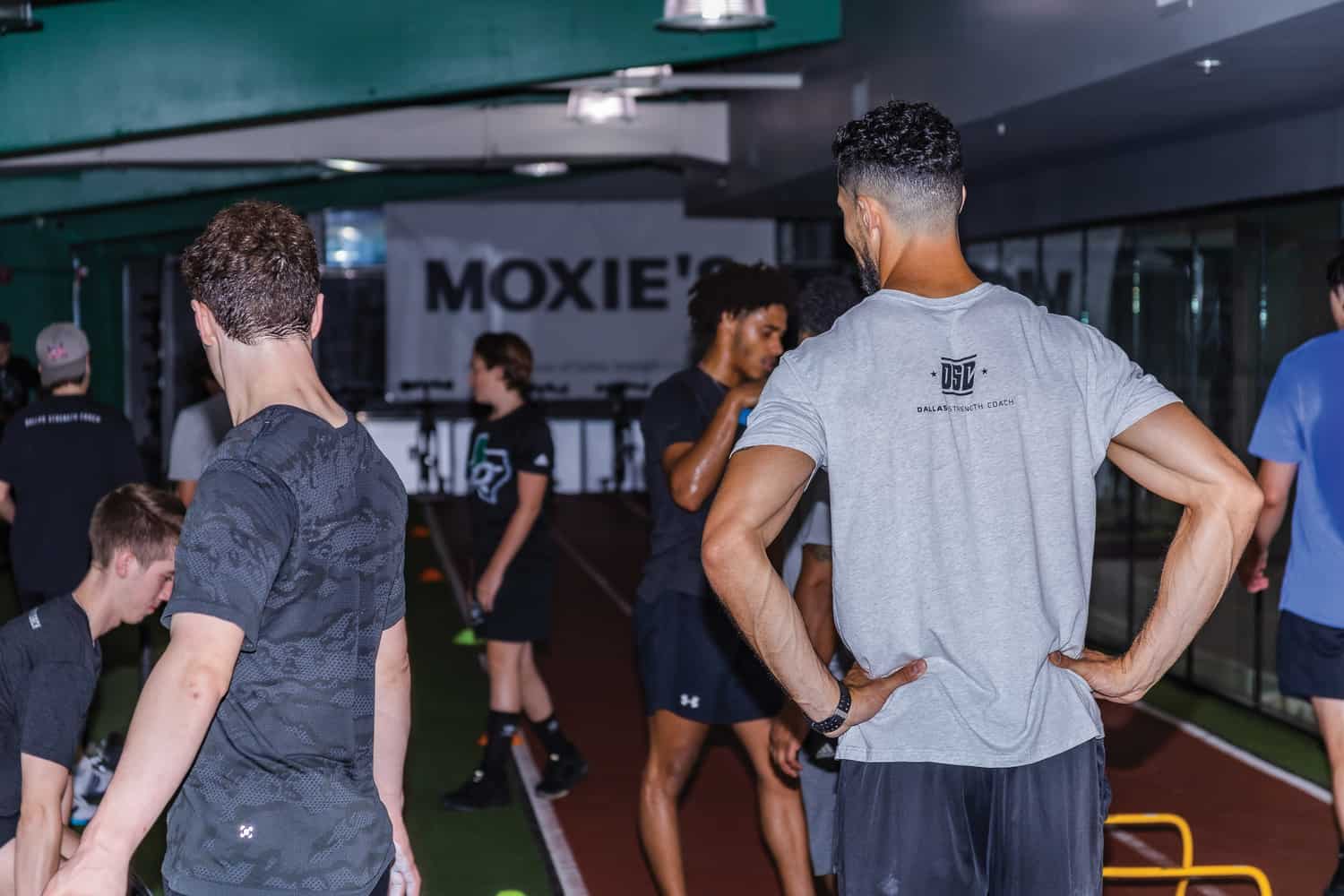 Lantana resident Nathan Henry admits that he’s never played hockey in his life. But that hasn’t stopped him from making a name for himself as a sports performance guru for some of North Texas’ up-and-coming hockey elite.

If anything, it’s made him even more valuable. And the players are reaping the benefits.

Since becoming the Director of Athlete Development for the Dallas Stars Elite Hockey Club in Valley Ranch just more than a year and a half ago, Henry has taken young hockey players who were well on their way toward NHL stardom and given them an unrivaled physical and mental edge. He also operates his own sports performance facility, Dallas Strength Coach, in the club.

The club has proudly represented Texas in both the Tier 1 Elite Hockey League and the SuperSeries League for years, and its teams compete at the highest level offered for their age group. But until a former Division I athlete like Henry and his team came along, it didn’t have one dedicated person to run this side of the operation.

“Neither me nor [fellow coach] Jovon McLaughlin has played hockey, but we did play sports at a high level, and that gives us a really good perspective on the type of training these athletes need,” Henry said. “In the past, their training [was hockey-specific workouts]. That’s detrimental because you never strengthen other areas of the body that they’ll need to make it all the way through. They’re competing against older guys in some cases, so they need to be prepared. At our heart, we are athletes and love the weight room.

“The expectations are high. This place needs to look, feel, and function like an NHL facility.”

Henry and the rest of the coaches at Dallas Stars Elite Hockey Club have worked with more athletes than they can count, many of whom have gone on to play for franchises such as the Pittsburgh Penguins and Florida Panthers. A few of the athletes Henry has worked with include Chase Yoder, who was drafted by the Penguins in the 2020 NHL Draft, and Redwings draft pick Cross Hanas. Solag Bakich, who plays for Notre Dame, is also a big-name athlete under Henry’s wings.

“Coach Nate Henry and Jovon were my trainers this summer to help me physically prepare for the upcoming hockey season at Notre Dame,” Bakich said on Henry’s website. “We trained five days a week all summer, and I was able to make immense strides as an athlete and hockey player. Nate and Jovon enabled me to excel every day by facilitating a motivating and competitive atmosphere. We always fed off each other’s energy in the weight room that I believe is essential to making measurable improvements.”

Recently, Lantana resident Nathan Tobey was invited to USA Hockey’s National Team Development Program Evaluation Camp to select the 2021-2022 U.S. National Under-17 Team. This is a huge opportunity for someone like Tobey and a possible stepping stone to a future NHL contract.

Having worked under Henry will undoubtedly prepare him for the step up in competition, too.

“I love working with hockey athletes, especially kids,” Henry said. “Nathan [Tobey] and his brother Ben both work out here. Playing with and against older guys, their skill level has to be top-notch.”

Henry said working for such an amazing hockey club is a dream come true. He had been working for Landow Performance in the Denver area as a strength coach for four years. But upon moving with his family to North Texas, he knew he had to find something that matched his skill set.

“Eric Silverman is the director of hockey here at the club, and he was a person that I knew I needed to meet with when I got here,” Henry said. “As it turned out, they were looking for someone to be their director of athlete development, and that was right in line with what I wanted to do.  I came in midseason and had been slowly chipping away in terms of building the facility up, adding coaches, etc. Having the strength coach piece was a natural addition. It’s basically a full-blown sports performance facility for anyone and everyone.”

As for the future, Henry said the sky is the limit. He enjoys living in North Texas and is considering developing online training programs specific to the Lantana area and its residents. Clearly, he’s a guy who likes to keep busy.

How can you go wrong having a guy who trains hockey’s elite as your strength coach?