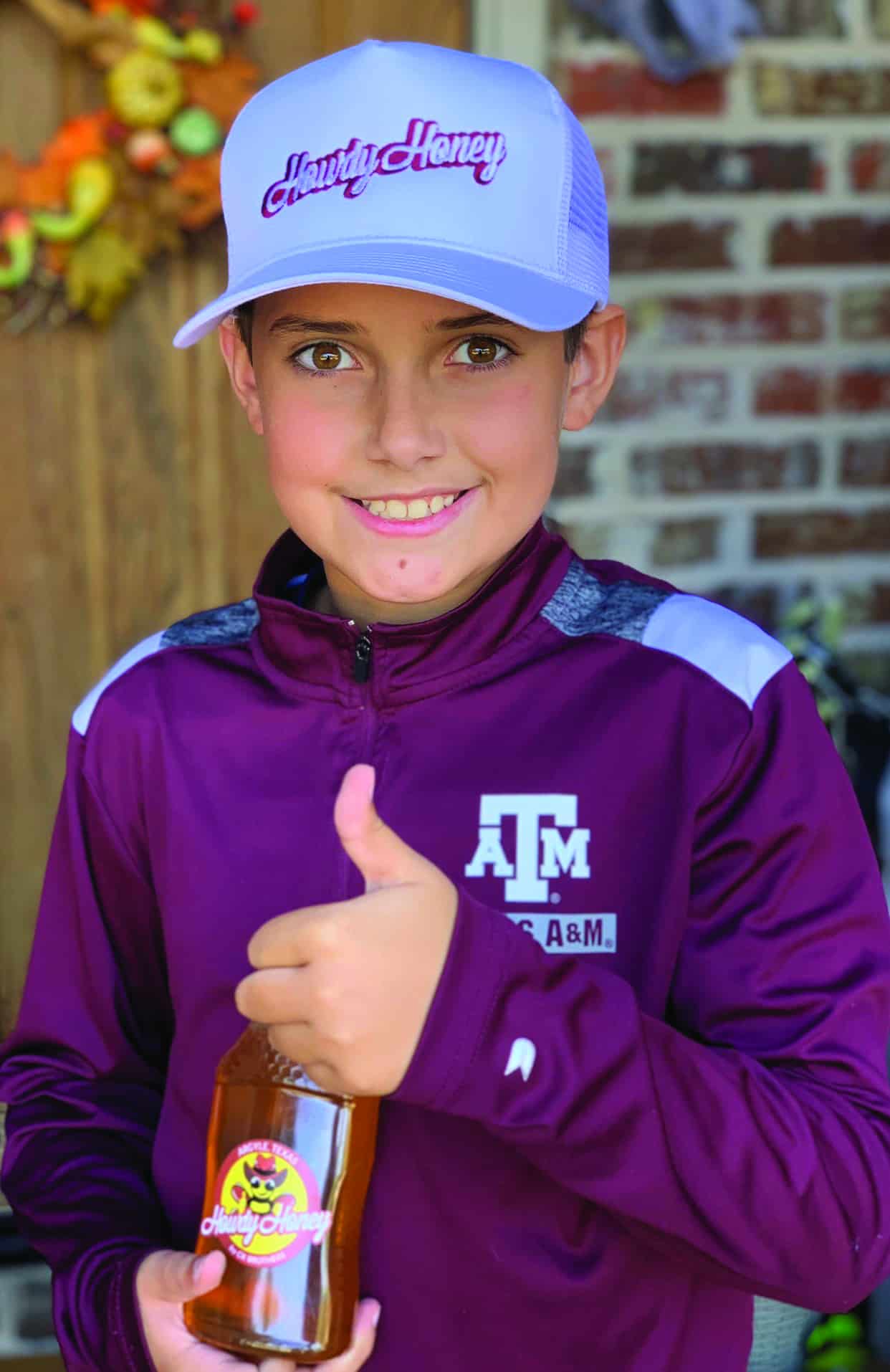 The Roots of Something Special

Anyone who reads Cal Kervin’s profile is impressed by his diverse list of aspirations and matching achievements. He’s a business owner who takes calculated risks to increase his margin for success. He’s a natural entrepreneur. He’s a charismatic public speaker and a quiet but strongly influential and respected leader.

Kervin is also socially aware and compassionate toward recognizing community needs. He’s sensitive to what others lack and is as generous as possible in helping to fill those holes. His life’s path is laid with integrity and high moral standards.

Cal Kervin is the middle son of Rick and Angie Kervin of Argyle. His older brother, Landon, is 21 and majors in sports management at Texas A&M. His youngest brother, Knox, is 10 and attends Liberty Christian with Cal.

Something triggered in Rick and Angie when Landon left for college.

“How could time have passed so quickly?” Angie asked. “We decided to buy some land in Argyle and let the two younger boys explore before it was their turn to leave the nest. It was an excellent decision, especially for Cal.”

“He never enjoyed athletics,” Angie said. “He plays tennis, but that’s not a team sport. 4-H opened so many possibilities for him, especially agricultural pursuits.”

Cal was gifted some vegetable seeds. He built a small greenhouse, planted the seeds, and moved the greenhouse inside during the severe winter weather.

“The growing process from seed to plant to vegetable is something I really enjoy,” Cal said. “I read books on gardening, pest control and month-to-month planting. I took the greenhouse outside after the weather warmed up, but I ran into a problem.”

The problem was an accident that resulted in a shattered greenhouse and scattered seeds. It was a heartbreaker, but entrepreneurs know life won’t always be smooth sailing. Cal scraped the seeds out of the dirt and replanted them.

“Later, I entered the Denton County Youth Fair in the seed, vegetable, and foliage categories,” Cal said. “I was Reserve Grand Champion, and my pepper plant won first place!” Not only did the two-inch plant win, but Cal sold it for $150! His tomato plant took first place in the vegetable category, and his broccoli brought home another blue in the foliage.

“I’m also interested in nutrition,” Cal explained. “I’m working on developing nutritious snacks and doing pretty well at it. My snacks took second place at the Fair. Now, I plan to work hard on improving them, using honey instead of sugar, and promoting them to other people.”

Using honey comes naturally to Cal since he has his own honey-producing company. Called Howdy Honey, it was born from Cal’s deep interest in bees. One of his goals was to learn all he could about honey production and harvesting, including holding and building hives and safely tending to the hives using his bee suit.

“I learned that the suit is hot in the summer!” Cal said. “I went to beekeeping summer camp and hands-on bee yard training. I formed Howdy Honey, which meant learning about profit and loss, getting and keeping customers and promotion. I ended up selling 60 jars of honey! My next goal is to learn how to keep my hives healthy.”

As an offshoot of his interest in nutrition, Cal also learned to make healthy peach preserves, tomato jam, and tamales. “I realized I wanted to share information about healthy nutrition with others, and I’ve started doing that," he said. "I was afraid to speak in front of others, but I’ve gotten over that through things like leading the pledges at 4-H meetings. I was also elected a Health and Safety Officer, and I speak at each of those meetings. I know I need more practice, and I plan to get better.”

One of Cal’s first loves is shooting sports. He entered his first year of 4-H wanting to learn all he could about guns. This included knowing the different types, knowing how to care for them, using proper ammunition, knowing how to shoot them and overall gun safety. In typical 11-year-old Cal fashion, he achieved his objectives and is waiting to learn the results of his participation in the Texas 4-H Shooting Sports Postal League. He loved the competition and wants to broaden his scope in the coming year.