The Best Little Bakeshop In Texas

Linnybird Bakeshop is as sweet as pie – and cake, cupcakes, and cookies. This little bakery (400 square feet!) in charming Lake Dallas is a little slice of heaven. And don’t let its size fool you. The shop is brimming with stadium-sized flavors. All their baked goods are made with quality ingredients and decorated not only beautifully but creatively.

Lining their displays are simple layer cakes, flavorful pies, and cookies. Their amazing chocolate chip cookie takes three days to make and is worth the wait!

“That was a quarantine recipe over COVID. I played with that recipe for six weeks!” Owner Lisa Britten admitted with a laugh.

Linnybird is best known for their cupcakes. A jaw-dropping variety of cupcakes in unique, mouthwatering flavors. 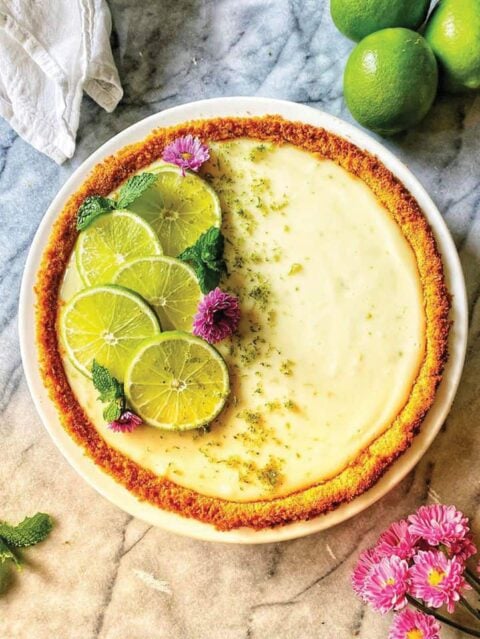 Their over-the-top cupcake flavor selections change every week, guaranteeing your sweet tooth will never be bored. Available by special order, gluten-free cupcakes are on Linnybird’s menu, and for walk-in customers, a vegan selection is offered on Fridays and Saturdays.

“We will be offering vegan and gluten-free cupcakes every day this fall,” she said.

“Both my mom’s and daughter’s middle names are Lynn, but my great- aunt always called them her ‘linnybirds,” Britten reflected.

Britten grew up baking with her grandmothers but has been turning out delicious baked goods for customers since 1997. Popularity for her sweet treats grew from home kitchen baking to owning her own establishment, Sugar Queen Bakery.

“It was harder to name my first shop than to name my kids,” she quipped.

In the years that followed, she became a multi-award-winning baker. In addition to local acclaim, Sugar Queen’s Berry Pecan cupcake was proclaimed by the Texas State Legislature as the Official Cupcake of Texas in 2011. The flavor is now available at Linnybird by special order.

In 2016, as owner of four Sugar Queen locations, Lisa closed their doors to devote her time to her four children before they grew up.

“It sparked my desire to do it all over again,” Lisa revealed. Linnybird opened in August of 2020. “It’s been so much more than I could have ever anticipated.”