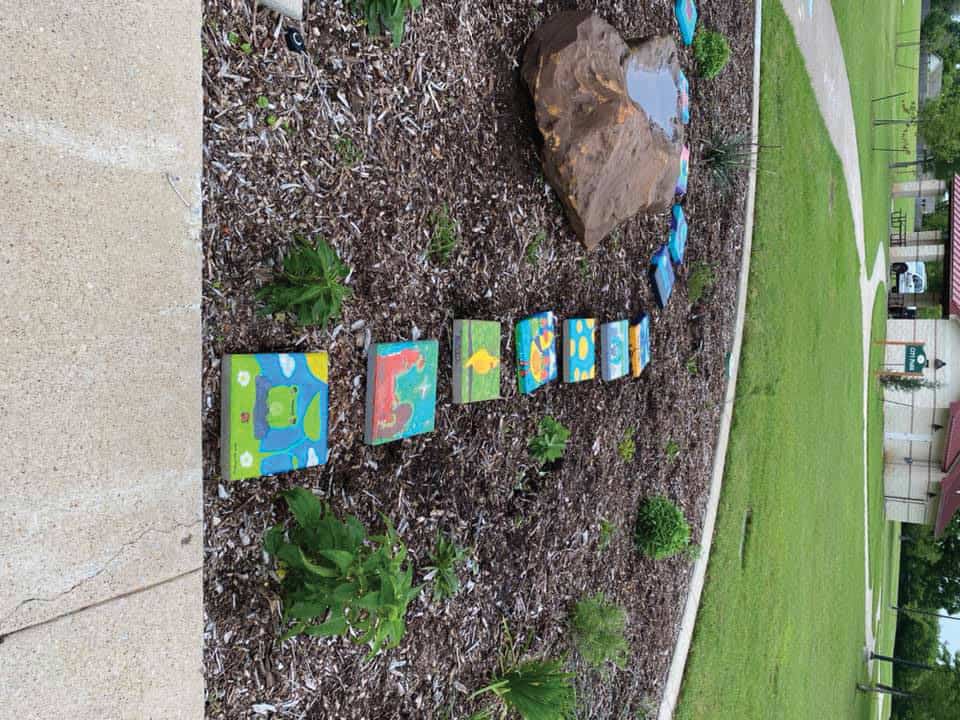 Lake Dallas City Park is the main artery for the city’s outdoor heartbeat. Youth sports, including six soccer fields, account for the park’s primary focus. Seasonal games for youth football and baseball teams also have a home at the field.

Fourth of July festivities are traditionally held at the park, along with a variety of carnivals and other special events.

Recent improvements to the park came via a $50,000 grant from Texas Parks and Wildlife that was awarded to the city. A butterfly garden, added lighting and sidewalks, a new basketball court, a renovated Veterans Memorial, and horseshoe pits were all included in the list of improvements made possible by the grant.

The park is truly a community activity hub and, as such, manages to touch a broad spectrum of people connected to the city – including Lake Dallas City Hall staff members.

“Keep Lake Dallas Beautiful has affiliate status with Keep Texas Beautiful,” said Hayden Scarnato, the management assistant at City Hall. “The program hit a milestone on February 3 when we reached Silver Star status. It was based on several benchmarks that we achieved in 2020, including beautification events, volunteer support of our Adopt-A-Spot program, recycling plans, and staff training.”

A part of the beautification effort is Flutterby Garden, which is a native, pollinator-friendly garden at the City Park entrance. Visitors can learn the history behind the native plants by scanning the barcode on the garden’s sign.

“Everyone was still observing social distancing and wearing masks when the city staff started tossing around ideas, asking one another what kind of project we could come up with while still observing those restrictions.”

He added, “That led us to focusing on Flutterby Garden. City Park has always been community-driven, and we thought it would be a good idea to figure out a way to involve a contribution from some of our younger residents. We discussed our ideas with Parks and Rec, as well as with the Keep Lake Dallas Beautiful committee. Lake Dallas Middle School joined us and selected 15 students from its art class to paint stepping stones for Flutterby Garden. The results are absolutely beautiful.”

Scarnato’s description is correct. First, a great deal of research went into the selection of the actual stones, which were provided to the students by the city. They wanted to use the most durable materials they could find. After all, this would be the students’ first experience with giving back to their community. It needed to be something lasting to increase their sense of pride — something they could still see and touch and show off weeks, months, and even years down the road.

The selected stones were delivered to the art students, who transformed them into a riot of colors bursting with joy and enthusiasm. Created by the youth of the city, they provide a look into Lake Dallas’ future.

Installation of the stones – instillation of hope and happiness - was done during a ceremony on May 10.