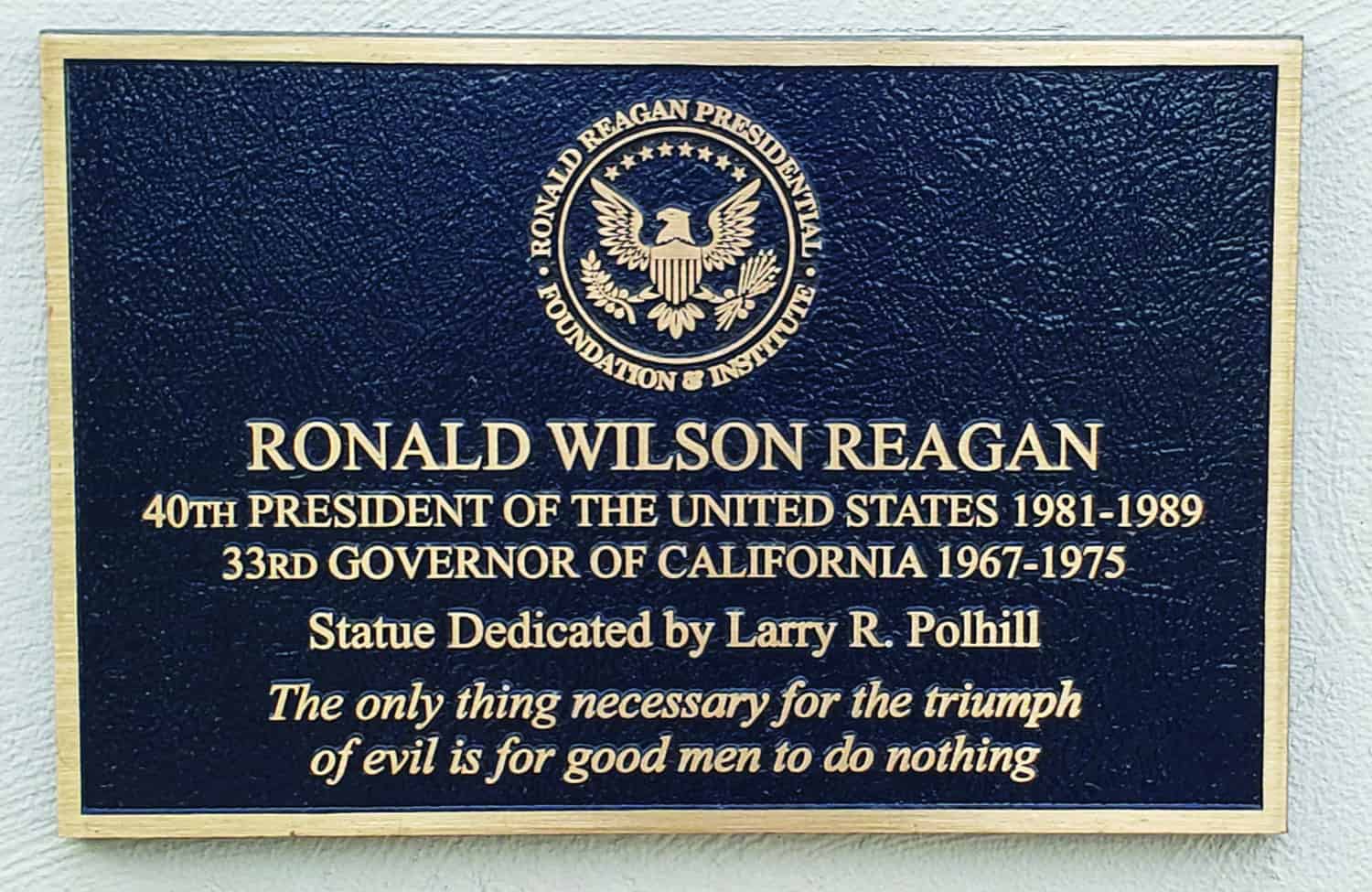 There’s so much to do and see when in southern California – but I think I have found my favorite place! I was inspired by my Denton friend, Kay Cross Copeland. She has been to all the presidential libraries in the United States. Kay challenged me to do
so as well. I loved this idea!

In Simi Valley, California, President Ronald Reagan’s legacy thrives at The Reagan Library where events and exhibits rediscover his values, actions, and spirit of determination. In an unbelievable career that spanned more than five decades, Ronald Reagan inspired Americans to act and achieve even more than they imagined.

The Ronald Reagan Presidential Library and Museum is a must-see Southern California tourist attraction. We were very excited to get to walk on board Air Force One, act in a movie with Ronald Reagan, touch a piece of the Berlin Wall, and so much more.

Perched on a mountaintop with sweeping views of the surrounding mountains, valleys, and the Pacific Ocean, the Ronald Reagan Presidential Library & Museum is one of California's most beautiful and unique destinations. The Library's 300-acres serves as the final resting place of our nation's 40th President.

Permanent exhibits include personal artifacts, photographs, documents, and more. There is also a full-size replica of the Oval Office, interactive opportunities, as well as artifacts dedicated to First Lady Nancy Reagan. I loved seeing many of her classy clothes. Nancy Reagan was certainly a fashion icon!

Outside, visitors will stand in awe at a section of the Berlin Wall, enjoy the panoramic views, and stand in quiet contemplation at the memorial site for Mr. and Mrs. Reagan.

Perhaps most exciting to many, including my husband, is the site of Air Force One. We were in awe of how they even got this enormous aircraft on this California hilltop. The Air Force One on display is the same one that President Reagan (and six other Presidents) flew in. We were able to step aboard, view the cockpit, and walk the length of this extraordinary plane! It was truly fascinating and also surreal being in this famous aircraft.  I personally loved seeing the presidential official china. The Air Force One Pavilion also houses Marine One which guests board as well. Never did I dream I’d ever be inside either of these historic aircrafts.

I thought this travel article would be perfect for this month since we have President's Day. But what exactly is President’s Day and why do we celebrate it? Well, it’s actually also known as Washington's Birthday and is an annual federal holiday celebrated on the third Monday
of February.

The holiday commemorates the birthday of George Washington, the first President of the United States born on February 22, 1732.

It was celebrated on February 22, Washington's actual birthday, until 1971, when it was officially changed to the third Monday in February.

It has now become a celebration of the birthdays and lives of all the Presidents who have served the United States.