No parent should ever be told that their child has a life-threatening health condition. But for Cole and Amber Taylor, those words became their reality in the blink of an eye. Shortly after the happiest day of their life, doctors informed the Taylors that their newborn daughter, Madison, had three congenital heart defects.

The news was a lot for any two people to swallow for many reasons. For starters, sweet Madison was only a few days old, having been born on February 23, 2020. Surgeons told them that not only did she have heart defects, but Madison only had a 60-40 chance of making it to her first birthday. The road ahead would be long, confusing, and painful. And on top of that, Cole’s hot tub business, Southern Leisure Spas & Patio, was up in the air because of COVID-19 — making the financial piece of doing everything possible for Madison even that much more difficult.

“We were struggling in March and April that year because of COVID-19 restrictions, so I’m telling my wife, ‘it’s been a bad month. I may need to trade my truck in for something smaller. We may need to make some cuts here. I may have to go a couple of weeks without pay,’” Cole was recently quoted as saying in another publication. “Without shattering her emotionally, I was trying to prepare her for what might be coming — on top of everything going on personally.” 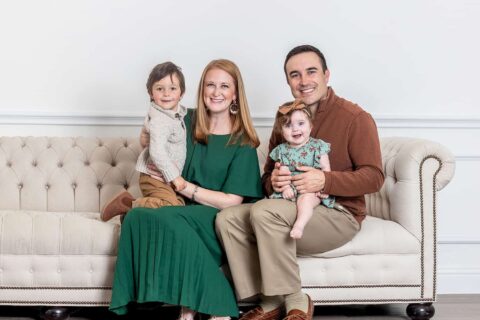 The good news is that more than a year later, Madison is thriving. Granted, she’s had two open-heart surgeries and has a third on the way. But as her parents quickly learned, she has redefined what it means to be a fighter.

And, thankfully, Cole’s business has turned an important corner, too! The COVID-19 restrictions were merely a minor setback, and since they’ve reopened, business has been stronger than ever. Suddenly, a family that was facing several hardships personally and professionally is moving forward with unrivaled optimism.

At the heart of Madison’s critical care has been their ability to keep the business going. Southern Leisure Spas & Patio prides itself on ensuring the ultimate hot tub shopping experience, offering everything from premium luxury hot tubs, saunas, and state-of-the-art BBQ grills. They have a full-scope showroom and installation professionals who can make your new hot tub the centerpiece of your new backyard oasis.

Southern Leisure Spas & Patio is an authorized dealer for industry-leading hot tub manufacturers Bullfrog Spas and Marquis Hot Tubs. They also have other outdoor living brands such as Big Green Egg, Kamado Joe, Blaze Grills, and Sunlighten Saunas. If you can dream it, they offer it!

Cole, a Flower Mound resident, admits that starting the business happened completely by accident. But with help from his father and longtime pool builder, Brad Taylor, they’ve expanded from their first small store of 2,000 square feet to 5,200 square feet. From there, they expanded into Arlington and Richardson, and eventually Austin, Texas. A fifth store was planned for this fall, but that’s been pushed into 2022 because of inventory shortages.

“We saw there was a real need in the market for someone who specialized in hot tubs,” Cole said in the article. “Now, we don’t sell pool supplies at all — it’s all hot tubs and barbecue grills.” 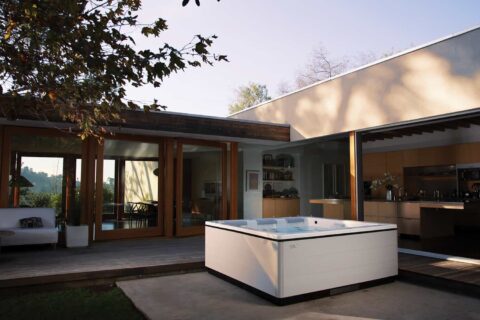 He added, “Between that first and second store, I learned I couldn’t be involved on a day-to-day basis with every decision. I started trying to put people in place. Nobody can do this by themselves. You’ve got to have the right team and environment and culture.”

Thankfully, Cole has always surrounded himself with good people. In late 2013, Garret Loverin, a longtime family friend and Navy veteran, became the first store’s manager. He is now the general manager and oversees most of the day-to-day operations of the business. Together, they’ve managed to make Southern Leisure a great place where people want to work. Employees rotate a floating day off during the week, so everyone works only five days a week.

“Adding stores is great. Profitability is great. But I know if I want to make my work-life balance better, I have to keep people around,” Cole said. “I was able to get some guys who have been in the industry five or 10 years, and they’re young.”

“[Cole and I] work well with each other — we feed ideas off of each other,” Loverin says. “We see that having the right long-term employees will be a huge key to our success.”

And, of course, keeping this beautiful family pushing forward as they do all they can to take care of their sweet Madison — who is every bit the fighter that her parents are.