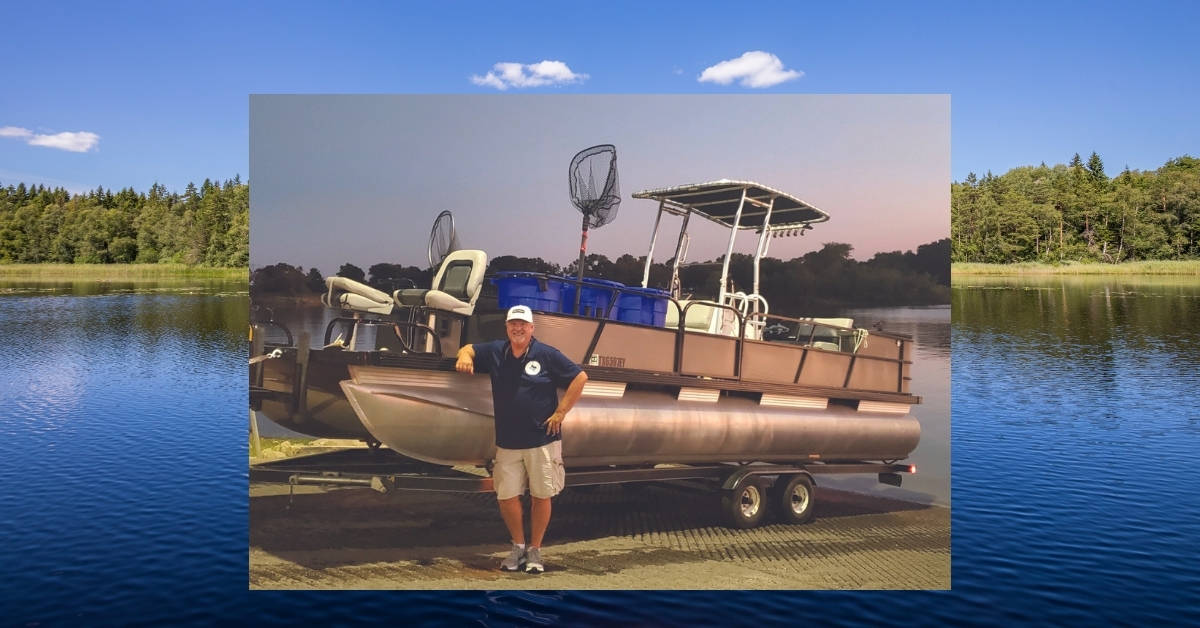 One day while fishing on the western shore of Lake Lewisville shortly after moving to the area from California, Don Gaston couldn’t help but notice all the trash accumulating around the lakeshore.

“Where I was at was not indicative of the entire lake, but there are certain places where there’s a lot of trash — especially where I like to fish.” the Lantana resident said. “The second time I went out there, I decided to take a garbage bag and clean it up. I also noticed the trash collects in areas only accessible by boat, and it got me thinking it was going to take more than a walk around the lake to clean it up properly.”

When he later snagged what turned out to be a slipper shoe instead of a fish, he decided to take it a step further. After much research and due diligence, he launched a 501(c)3 non-profit organization called Clear Texas Lakes, a full-scale lake clean-up initiative dedicated to the continuous removal of trash and debris from Texas lake shorelines.

Gaston learned no one organization formally is in charge of cleaning Texas lakes, nor is there a budget within the U.S. Army Corps of Engineers. In fact, Corps officials indicated he was the first person to ask about developing such a program.

He also came across the Texas Department of Transportation’s long-running Don’t Mess with Texas campaign but found it pertained to roads and highways only. He wanted to create something like this for the area lakeshores, and as a new retiree, he was looking to do something meaningful and fun.

So far, everything is paying off as he recently received a memorandum of understanding from the Corps to do his good work.

“It’s a simple concept,” Gaston said, “It’s not necessarily a ‘green’ thing it’s a ‘clean’ thing. You see trash, you pick it up, you throw it in a garbage can.

“We are unique in that our cleanup effort is continuous rather than periodical. The trash buildup is very prevalent with each new storm bringing in and moving trash and debris all around. This can be harmful to people while recreating at the lakes and can be detrimental to wildlife as well.”

Gaston grew up in Oregon and around 1990 moved to a small town on the coast of northern California where he met his wife Kathy and raised their children, Dustin, Darik, and Delaney. After working about 10 years each in the lumber industry, electrical construction, property management, and owning an automobile glass business, he decided to retire and was looking for a change. Kathy, a timber industry IT professional, retired around the same time.

While he said Northern California is beautiful, the often foggy, cold, damp weather no longer suited them. They wanted to be somewhere warmer and accessible in their retirement. This brought them to the Dallas area. As a bonus, Delaney was accepted as a transfer student and is now a junior at Southern Methodist University.

“I feel at home in Texas,” he said. “It’s a good fit for me and my family – the people, the BBQ, the Texas Pride and all has been a delightful change.”

Gaston is no stranger to community service. He has held several leadership roles including boy scouts, youth baseball, site and parent council, and fundraising. Not having experience in forming non-profit organizations, however, Gaston reached out to SCORE Mentors, an organization that helps people start new businesses.

Currently, Clear Texas Lakes focuses primarily on Lake Lewisville. The team uses a pontoon boat donated by Vista 1 Construction plus nets, grabbers, stabbers, cables, and other equipment to remove the trash and debris. He purchased and donated a truck and currently funds all operational costs. Gaston hopes to raise awareness about his organization and plans to secure sponsorships, partnerships, and grants to support existing operations and eventually expand to other area lakes.

“I want to hire people and pay a living wage in support of the effort,” he said. “So far, we’ve relied on volunteers but need a permanent crew in addition to volunteers to be successful in the long run. It would be challenging to rely solely on volunteers to support a regular cleanup program.”

To find out more details about Clear Texas Lakes, visit cleartexaslakes.org, email don@cleartexaslakes.org or call Gaston at 707.616.7411. Donations can be made online or mailed directly to P.O. Box 271164, Flower Mound, TX  75027.