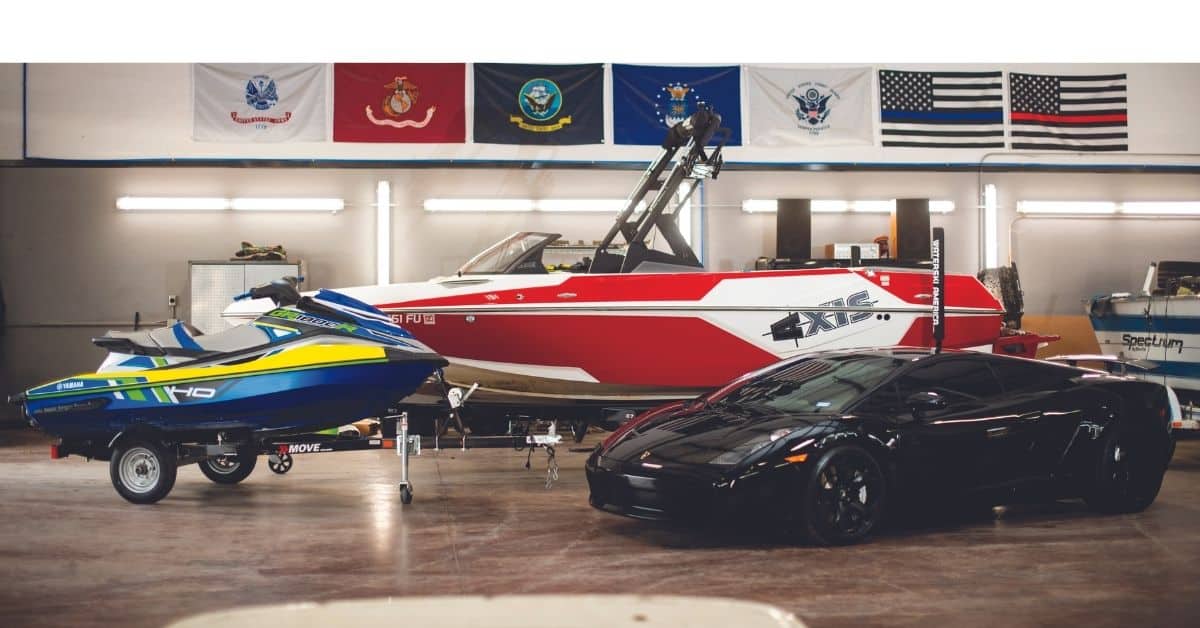 Metro Dent in Lewisville was, is, and will continue to be a premier leader in the technology of paintless dent repair. For more than 25 years, people have known this was the place to take a car or truck riddled with door dings or hail dimples and, within a few days, pick up the same vehicle that now looks as if it’s fresh off the showroom floor.

Mike Nosker purchased Metro Dent from his friends in 2018. His immediate goal was to begin expanding the services offered to his customers. Working with a dedicated focus, he needed only two years to broaden the service umbrella to cover any type of automotive or marine repair.

“I still had a lot of customers who were surprised when they learned about all the services we provided in addition to hail and paintless dent repair,” said Mike. “I decided the name Metro Dent fell short in describing our expansion into a one-stop-shop kind of business. I created two new DBAs to better reflect to customers that we can offer them the best of everything, whether they bring us a car, a boat, or a jet ski.”

Creating names can require a great deal of deliberation. It needs to indicate the service provided, with a sound and rhythm that sticks in a person’s head. Mike played around with words for several weeks. “Utopia” popped into his brain and wouldn’t leave. While doodling, it occurred to him that adding “a” to the beginning of “utopia” changed the first four letters to spell “auto.” That was it! Autopia was born. Boatopia, to describe the ton of boat and jet ski work the business handled, just followed naturally. Both Autopia and Boatopia are owned and operated by Metro Dent.

Now, there’s something extra special at 1620 E. State Hwy 121. It goes way beyond dents and dimples. It’s a literal utopia, where anything is possible.

“People are too busy these days to go to a list of places to fill their needs. State inspection. Oil change. Professional detail. Even a frame-off restoration. We can do it all, which means you drive to one place, turn your vehicle over to us, take one of our ‘loaners’ if necessary and leave everything in our hands,” Mike said. “We’ll even take care of insurance issues. We believe this approach is essential for our customers’ convenience, as well as the most efficient way to meet their needs. Also, add to all of that a lifetime warranty.”

Metro Dent is one of those places that actually found the silver lining in the COVID-19 pandemic. Social distancing? One of the best places to accomplish that is on the lake! There was a giant upswing in boat and jet ski sales. It was a way for people to get out of their homes without exposing themselves to human transmission of the virus. The result was new boaters and a doubling of watercraft traffic on the lakes. Boatopia is ready to keep all those water-going vessels in top mechanical and physical shape.

“We handle everything pertaining to auto and marine,” said Mike. “That includes cosmetic, structural, mechanical, electrical, interior, and exterior. We have a new tagline for our business. It says: ‘Time, trust, and integrity – restored and reconditioned through expert quality and service.’”

What really separates Metro Dent from the would-be competition?

Answer: The entire technical staff, including Mike, travel the world to learn different techniques, actually assisting the on-site technicians from whom they’re learning. This keeps them on the cutting-edge of available technology.

Raised in Dublin, Ohio, Mike spent 20 years traveling the world and working in hail storms, automobile manufacturing plants, and body shops. He’s worked on six of the seven continents which, in itself, is impressive. The goal that chased him from one place to the next was to have a shop that provided the best service and quality anywhere on the planet.

He grabbed the opportunity by the horns when he purchased Metro Dent from his friends in 2018. There’s no indication he’ll slow down anytime soon. After all, it requires total dedication to remain the best on the planet.