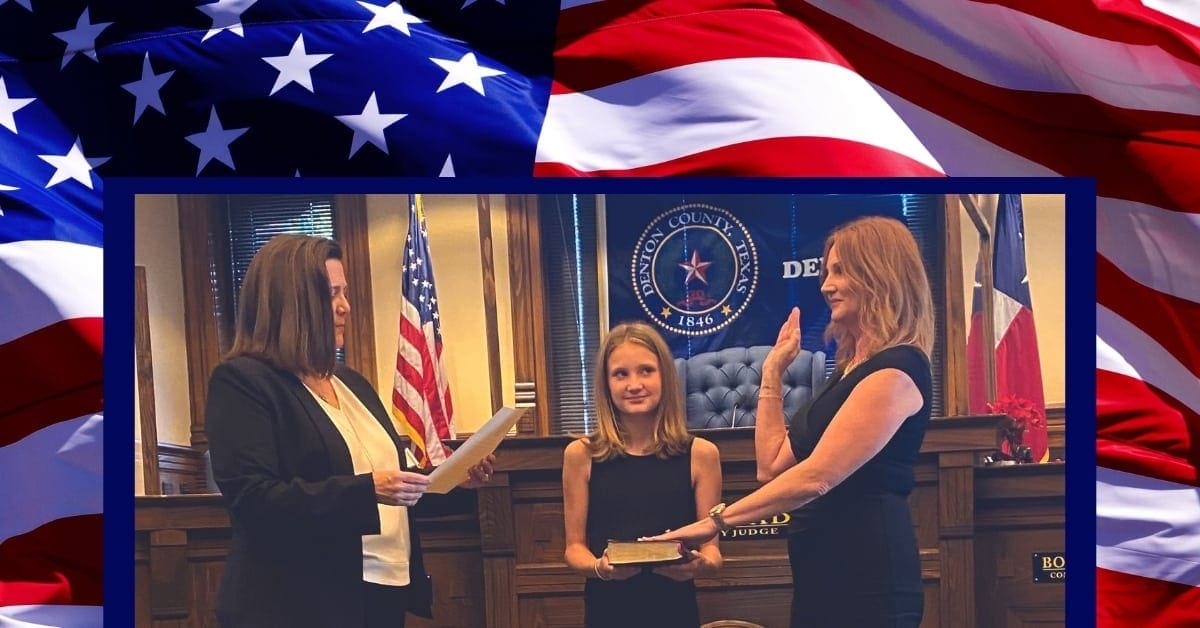 In recent years, it has become more common for women to make big moves to change the history of womankind. It has become increasingly obvious that women are taking back their power and using it for the good of others.  This is why the Denton County Commissioner’s decision to make Lauri Ragland the Judge of County Criminal Court #1 is such a huge step for our local community.

Ragland has worked in the District Attorney’s office for the last 15 years.

“I worked as the Felony Chief for 12 years and then as the Chief of the Child Abuse Unit for three years. I’ve held several different positions in my time with the DA’s office.” Lauri said.

The process of being appointed as Judge of County Criminal Court #1 began in August after Judge Jim Crouch retired. Lauri was officially appointed on the 30th of that month and on September 13th, Lauri was sworn in and her journey as Judge officially began.

“Denton County Judge Andy Eads was the one that made that call to tell me the good news and congratulate me on being appointed judge. It was such an exciting moment.” Lauri said.

Making the decision to pursue becoming a judge was an easy one for Lauri.

“It’s always been my dream to be a judge,” Lauri said. “I loved working in the DA’s office for the last 15 years. And it really gave a good perspective on Judge’s duties. But it was time to progress my career. This has been a goal of mine for the last 10 years.”

Despite all of these big changes, Lauri’s husband and four daughters have adjusted well to her new role, as well as with the duties that come along with this prestigious title.

“It’s been an adjustment, but they are all so proud. It is such an honor for me to be able to be a role model for my girls.” Lauri said.

While adjusting to her new role as Judge, Lauri is also having to make preparations to keep her seat in County Criminal Court #1. She is already up in the next election cycle. She hopes to continue to have the opportunity to serve Denton County and make its citizens proud.

Lauri said that the usual filing period to run for her position ends in the middle of December, however, the date may change.

But Lauri is not alone in her campaign for her position.

“I’m so overwhelmed with the amount of support that I have. It’s really given me the inspiration to keep going.”

And Lauri isn’t taking the responsibilities of her promotion to Judge of County Criminal Court #1 lightly. “There’s only been one other woman County Court Judge in Denton County,” Lauri said. “This is a huge step for women and judges in general. There aren’t enough women judges, and I’m really proud of the fact that I am one of those few women.”