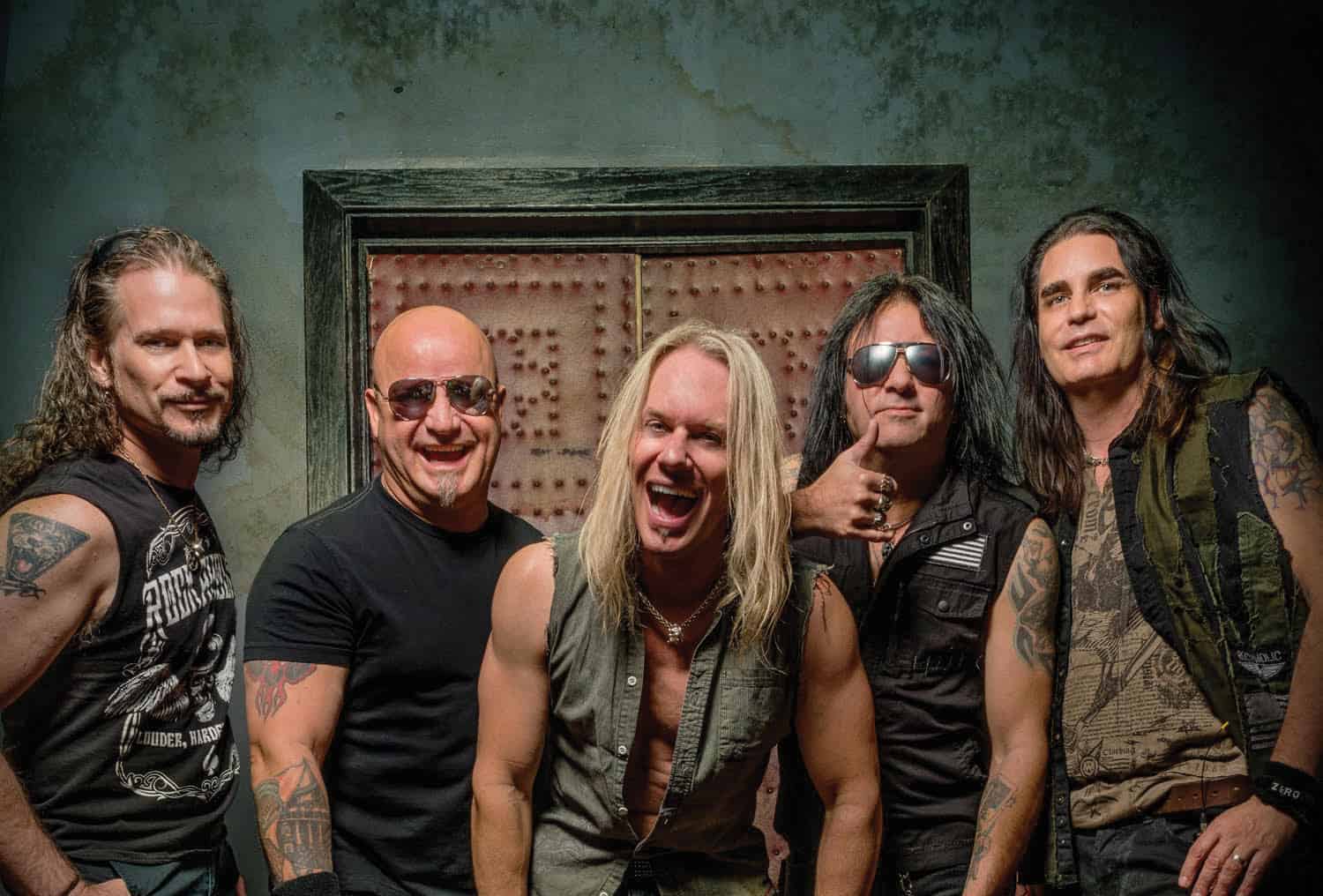 In 1984, a group of music-loving guys living in Hollywood got together and created a band. Over the next couple of years, they would have a few bandmates come and go, but it was the lineup in 1988 that we know as Warrant. That same year, the group signed with Columbia Records, now known as Sony Music, and they would go on to become one of the most popular and iconic glam, “hair metal” bands America has ever heard.

Harvest resident and Warrant guitarist Erik Turner fell in love with music and rock-n-roll when he was about 13-years-old. One day, he picked up an electric guitar and never turned back. Along the way, he teamed up with Jani Lane, Jerry Dixon, Steven Sweet, and Joey Allen, combined their love of classic hard rock bands, and formed their own sound.

Influences including Cheap Trick and Thin Lizzy helped shape the bands’ rock and roll. Incredible songwriter and lead singer Jani Lane contributed to the band rising to the top with his catchy lyrics and melodic tunes.

“Sometimes, he would bring in a song that was almost done, or he would just have pieces of it, and we’d sit in a room in rehearsal hall and arrange it together,” Erik said. “There was a good period of seven to eight years where he was a songwriting machine.”

Songs like Heaven, Down Boys, and Sometimes She Cries launched the band into stardom. But, it wasn’t until their second album and title track Cherry Pie that they became a household name.

Over the past 30 years, Warrant has sold over 10 million albums around the world, and Cherry Pie has taken on a life of its own, being featured in movies, TV shows, and commercials.

In September 2020, Cherry Pie celebrated its 30th anniversary. Tour dates were put on hold as the pandemic swept through the globe, but the band can proudly say they are back on the road performing 16 songs each show all over the country.

Luckily for us, Warrant will be rockin’ at Strokers in Dallas Saturday, October 2nd in a live, free concert for those who would like to travel back to the early 90s and jam out to songs so good, makes a grown man cry.

“We call it Weekend Warriors,” Erik said. “It used to be getting on a bus and never coming home for a year, but now it’s getting on a plane, flying out and doing a show on a Friday or Saturday in North Carolina, New York, Nebraska, California, every state honestly, and coming home on a Sunday. I sleep in on Monday, have a couple of days at home, go grocery shopping, then leave and do it all over again.”

Erik and wife, Kirsten, have been Harvest residents since early 2019. Their son Noah attends the University of North Texas. They love Texas (who doesn’t!) and have always felt right at home here.  When not on the road, the Turner family enjoys taking the RV to new locations and camping by lakes.

“I’ve been coming to Texas as a professional musician since 1988, and I just always loved the people,” Erik said. “And, it’s true, everyone that comes to Texas from other states are all so impressed with how friendly everyone is. Even though our son is grown up, Harvest has a real sense of community and we love to see it.”

Sadly, in 2011 Jani Lane passed away — leaving an opening in the band. Longtime friend of Warrant, musician Robert Mason fit perfectly into the lead singer position. Together, the five men continue to do what they love for the people who love it, and that Sure Feels Good To Me.

Strokers Dallas sits on over two acres, with a courtyard big enough to accommodate plenty of Warrant die-hards. The concert is free for the general public, but VIP passes are available for purchase at Strokers. You don’t have to ride a Harley to get in, but you do have to like Cherry Pie. The show should put a smile on your face, ten miles wide because “30 never tasted so good!”

Visit www.StrokersDallas.com or call 214.357.0707. Stay updated on Warrant news on social media or their website, www.WarrantRocks.com.