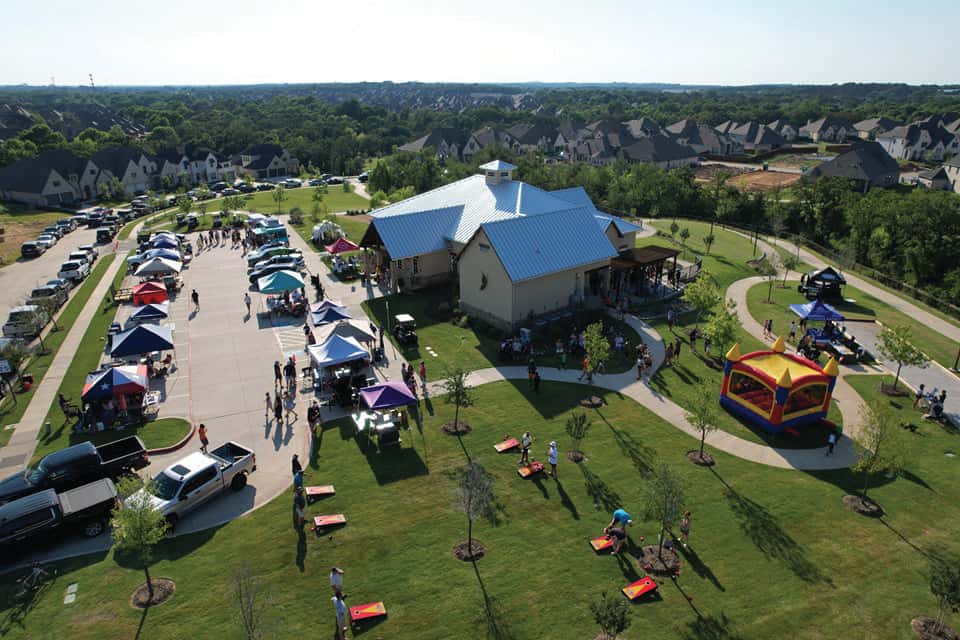 Lantana Is Our Community

When the Lantana Dads group heard one of their own was going through a battle with cancer, they put their passion for serving others into action. Shawn Chelf, Bryce Swihart, Jason Hawley, Jason Peebles, and Matt Kipp worked tirelessly putting together the successful event.

“Our little BBQ Cook-Off was able to raise over $5,000 for the Carnell family,” Swihart said. “It’s about helping out a family and letting them know there’s hundreds, if not thousands, of people who have their back.”

With live music, bourbon sampling, corn hole, a bounce house, and face painting, the activities catered to the entire family.

“We were blown away with the number of people who came out,” Hawley said. “We appreciate all the love and support from the community members who attended.”

Michael Carnell is a dad who embodies what the group is all about — going above and beyond themselves to help others, be good listeners, and being someone to lean on during the good times and the bad.

“The event pretty much sums up the feeling of belonging to a community versus living in a community,” Peebles said. “We are lucky to have landed in a unique community and share our love for being dads, drinking bourbon, and BBQ’ing.”

We don’t do anything little. A slogan the Lantana Dads, Bourbon, and BBQ group has adopted when it comes to hanging out and giving back. They go big because Lantana is their home.

“The Lantana community has pulled together like family time and time again to help others in need,” Chelf said. “This community is filled with amazing people.”