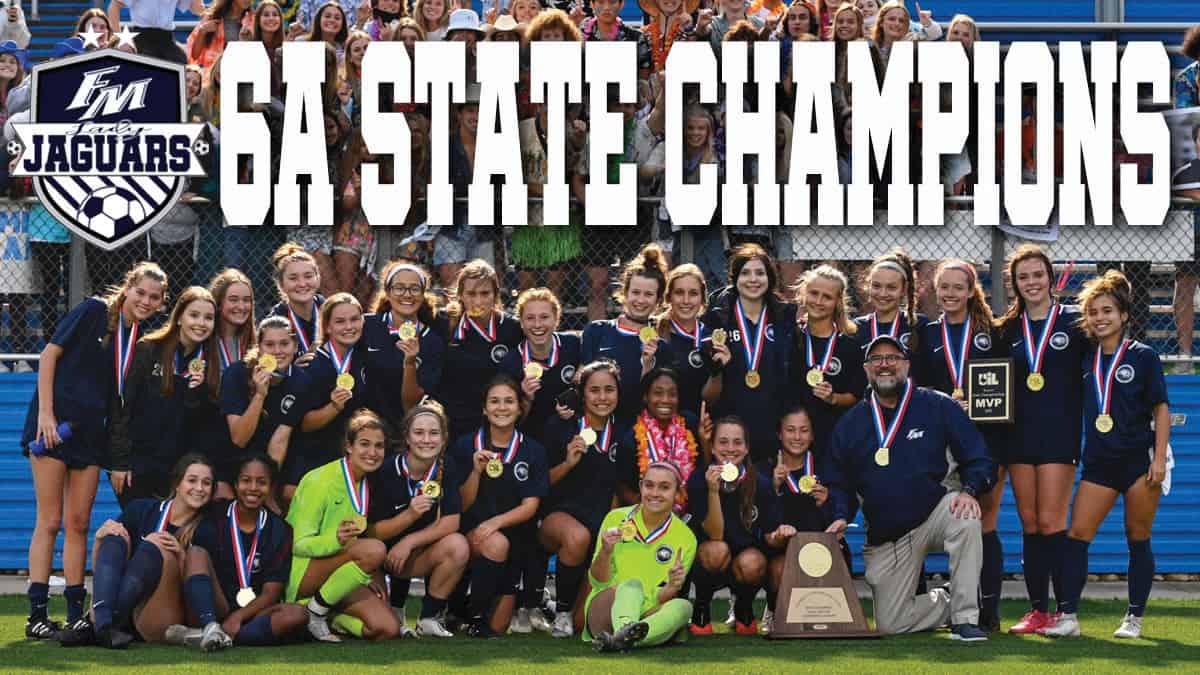 All coaches pride themselves on having a solid game plan. Misail Tsapos simply took his to another level.

Surrounded by talent since the day he took over as the new Flower Mound girls soccer coach six years ago, Tsapos purposely kept a specific group of freshmen together rather than splitting them up between his freshmen, JV, and varsity teams. His thought was that by playing together and getting quality minutes on the field, they’d eventually be unstoppable.

The title-clinching win came with a 2-1 win over Austin Vandergrift on April 16 at Birkelbach Field in Georgetown.

“It was very exciting,” Tsapos said of the state title win. “We didn’t expect this type of success, but we figured that if we kept them together, they’d start having success — and success breeds more success, which means they could have a chance at competing for something very special. It was a complete team effort.”

Flower Mound is no stranger to state titles in girls soccer. This was the program’s second crown since 2016.

And they did it by going through a ridiculous gauntlet of opponents. They opened the playoffs with back-to-back 2-1 wins over Guyer and South Grand Prairie before beating Prosper 3-1 in the third round. From there, they’d allow just one goal in wins over Northwest Eaton (5-0), Marcus (3-0), The Woodlands (4-0), and Vandegrift (2-1).

In the title game, the Lady Jags used two second-half goals from senior Riley Baker to claim the win. Both came on assists from Sydney Becerra and helped take control of what was a 1-1 stalemate at one point in the match. Baker was named MVP of the title match. Becerra, Hallie Augustyn, Tatum Beck, Emma Hoang, and Skye Leah were all named to the all-tournament team. Shortly after the win, Tsapos was named the TASCO Region I coach of the year.

Naturally, Tsapos deflected all praise and said his job was made easier with such a great group of athletes.

“It’s an athletic group, but most importantly, they are very talented soccer IQ wise,” he said. “They maintain possession of the ball, and when we set
a game plan, they stick to that game plan. It makes my job so much easier. They adjust on the fly, but they also dictate the tempo and force opponents to play our style. A lot of teams couldn’t do that.”

As for the future, it appears that history may repeat itself very soon. Not only will Tsapos return seven starters from this year’s team, but his JV — which has also been kept together for a few years — was undefeated this year.

“It will be hard to replace some of these kids, but we did the same thing with our JV this year,” Tsapos said. “They were good enough to play on varsity, but we wanted to keep them together and get them playing time.”