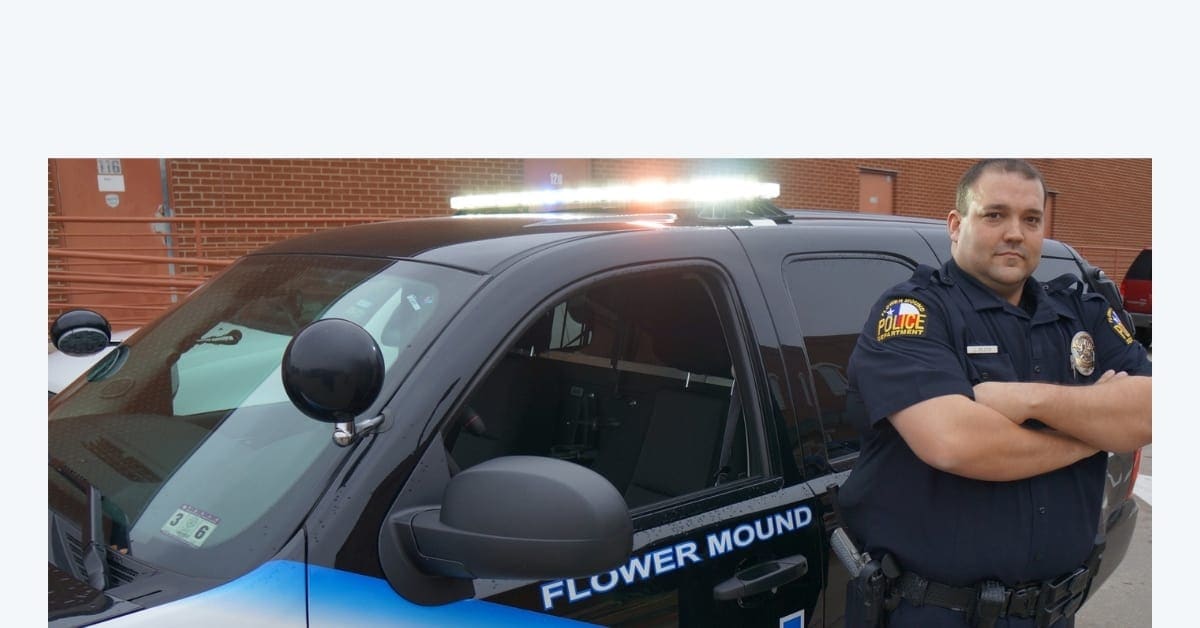 You would have thought Rikki Boehmer had just been handed a winning lottery ticket when her husband and daughter slid a piece of their monthly water bill across the table seven years ago. Attached to the bill was an advertisement from the Flower Mound Citizen Police Academy’s upcoming set of classes.

“They knew I’d been interested in police work since I was a kid,” Boehmer said. “I was all-in right away.”

Though her time in the citizen's police academy didn’t lead to Boehmer being issued a badge, gun, bulletproof vest, or even a patrol car, it did give her an intimate look at what goes on behind the scenes. This included learning all about recruitment, training, narcotics, firearms, K-9, crime scene analysis, and divisions such as Traffic, SWAT, Patrol, and Criminal Investigation. More importantly, they were eligible to join the Flower Mound Citizen Police Academy Alumni Association, volunteer with the PD, and participate in patrol work, where they could further develop lasting relationships with the officers who selflessly protect and serve the community.

Fast forward to today, and Boehmer and close friend Joni Woollums are two of 87 energetic volunteers of this growing organization. And they couldn’t be happier with their new calling.

“Those Thursday nights … I’ll never forget them,” Boehmer said. “It was exhilarating — not just seeing all the different divisions, etc., but what I was really struck by was everyone’s heart. There are so many Flower Mound police officers who put on that academy. They are good-hearted people. I feel very honored to serve.”

Woollums, who joined FMCPAAA a year before Boehmer and is now the organization’s treasurer, agreed. Her fiancé, Brian Smiley, is the President and urged her to get involved in the classes.

“Brian went through the program, and he encouraged me to at least go through it so that I could understand why it was so important to him,” Woollums said. “It was a fair ask, and I loved it.”

The FMCPAAA isn’t a new concept. Not only has it been in Flower Mound for many years, but some form of citizens' police academies are in practically every city in the country. According to its website, Flower Mound’s mission is to promote understanding between the community and the Flower Mound Police Department and to aid and assist the police department, the Town, and the citizens in promoting and supporting projects and programs for the betterment of the community and its citizens. Year to date, the 501(c)3 has amassed 3,582.50 volunteer hours.

Just a few of the programs they lead include the annual Christmas Parade, Dorothy’s Dash, Santa Cops, and the Red Ribbon (Drug Free) program. Santa Cops, in particular, is a positive interaction between the Department and area children, as it collects donations and gifts to distribute during Christmas time to children in Flower Mound who might have otherwise not received a gift from Santa. The FMCPAAA also helps facilitate the Child ID program, which gives area parents an opportunity to have their child’s fingerprints and picture taken by the Police Department. In the event their child goes missing, the parents have something to provide the police. A similar program is also available for senior citizens.

The FMCPAAA also helps fund public initiatives that are aligned with its mission statement and are executed by the police department, such as Santa Cops and the new Child Safety Seat program.

“We also have a safety seat program that’s brand new,” Boehmer said. “If a police officer pulls a car over, and there’s a child inside who is not in a safety seat, we have seats on-site at the Department that can be delivered and installed. I’ve been honored to serve in various ways, whether it’s through fundraisers, throwing events, etc. And you can just see how well-respected our officers are here in Flower Mound. We just want to help out.” Woollums agreed.

“These officers are great people — right down to their core,” she said. “They are just here to help.”