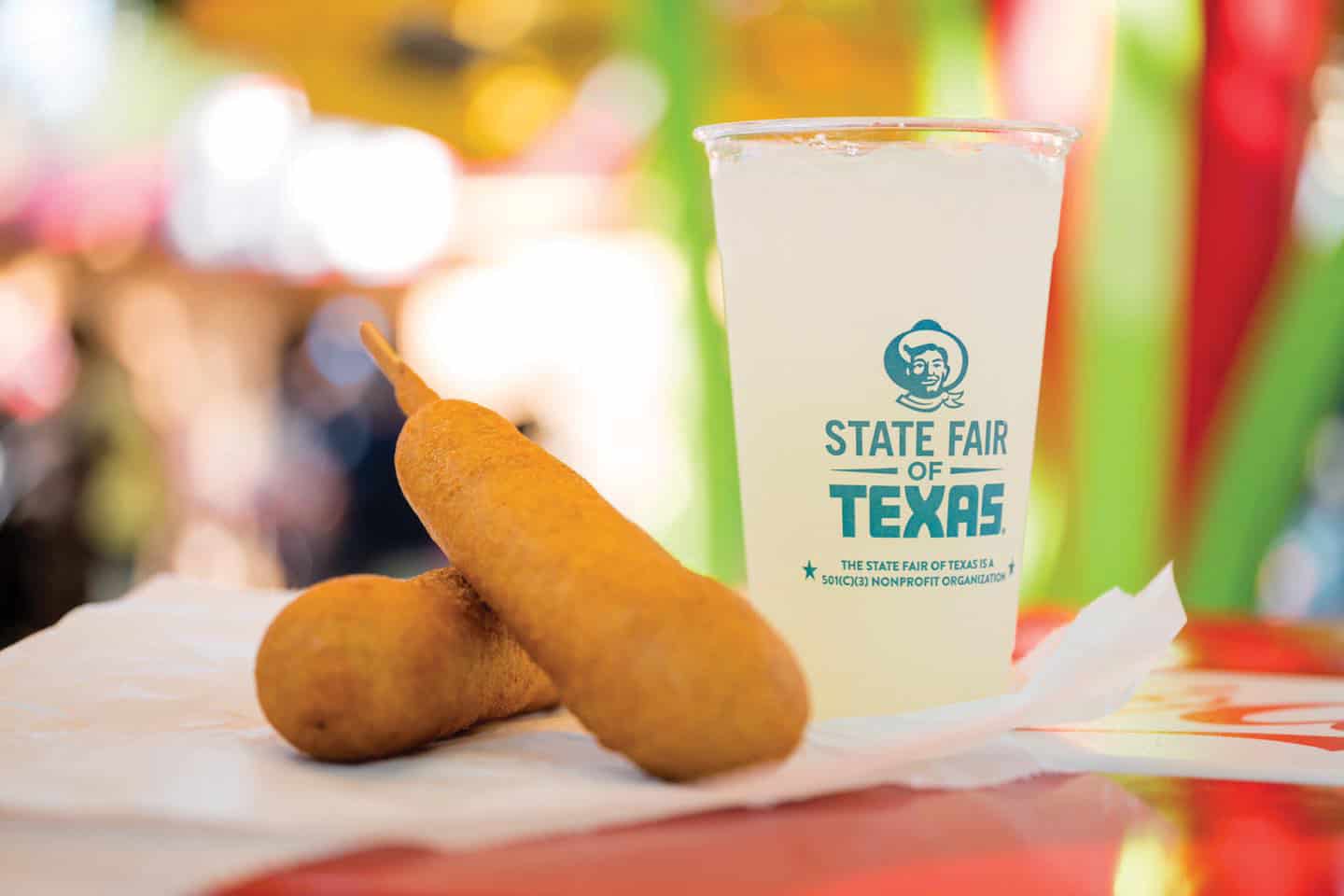 If you’ve lived in Texas for any length of time and haven’t heard of Fletcher’s Original Corny Dogs, don’t you dare admit it! Fletcher’s iconic hot dog on a stick is to Texas what the lobster roll is to Maine or the Philly cheesesteak to Philadelphia. You see, as any true Texan can attest, the Fletcher family created the corny dog. It’s a portable meal in your hand. A little bit of Texas heaven. And a Texas tradition.

In 1942, brothers and former vaudeville performers Neil and Carl Fletcher developed and introduced their corny dog at the State Fair of Texas. After experimenting with product names such as K-9 and Brown Bomber, the brothers decidedly agreed on the name Fletcher’s Original State Fair Corny Dogs. Though it took them 12 years to perfect their unique batter, the proprietary recipe remains the same to this day. Their corny dog became a cornerstone of the State Fair of Texas, and generations of Texans have come to associate the event with the best corny dog on Earth. Fun fact: Fletcher’s has been a staple of the State Fair a decade longer than Big Tex!

Many fans aren’t aware that the Fletcher family has lived in Denton County for decades. Neil’s granddaughter, Amber Fletcher explained, “Grandfather moved from Missouri to Dallas in the 1930s. In the 1970s, he relocated to Lewisville and remained there until his death in 1988, when I was just a year old. My father, Neil Jr., moved his family to Double Oak around 1977, and my mother GG, brother Aaron, and I still live there.” 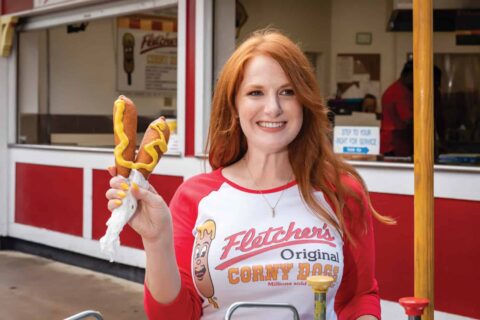 In 1988, with the passing of their patriarch, brothers Neil Jr. and Bill Fletcher assumed the company. For the next nearly 40 years, with Bill at his side, Neil (crowned Skip, “The Corny Dog King”) continued their father’s legacy while implementing new business ideas, such as opening restaurants and adding new flavors to the corny dog menu. Skip introduced both the Jalapeño & Cheese and the Bird Dog. Later, Amber created the Veggie Dog, while her brother Aaron came up with the Cheezy Pup.

Since the passing of Skip Fletcher in 2017, the family’s baton has been passed to a third generation. GG and Bill still maintain an active presence in the company, though the day-to-day operations now rest with Amber, Aaron, and Bill’s son W.C.

For Amber, growing up with Fletcher’s Original Corny Dogs became part of her identity.

“My neighbor loves to remind me,” she reflects laughingly, “that as a child of about 8 years old, I introduced myself to her saying, “Hi, I’m Amber Fletcher from Fletcher’s Corny Dogs.”

Approaching their 80th year in business, Fletcher’s has evolved within each of the three generations. The original brothers had the State Fair of Texas and one restaurant. The next descendants also had the State Fair, the debut of mascot Mr. Corny in 1983, new corny dog flavors, and multiple restaurant franchises that eventually closed due to economic downturns. But the current generation has taken the brand to new heights — all without sacrificing the deeply-rooted Fletcher legacy.

These days, Fletcher’s takes its corny dogs to the community year-round. In 2019, they purchased two full-service mobile catering trailers, giving fans greater access to their corny dog at birthday parties, weddings, local festivals, corporate events, and more. Their 10’x10’ pop-up tents accommodate even more venues. A summertime limited edition to the Fletcher family of dogs was introduced in May, called “Make Mine Texan.” It’s an all-beef and brisket dog with a natural smokey flavor that Texans can’t resist.

“The State Fair of Texas, where it all began, always will be our priority,” Amber said. “Ninety-nine percent of our products are sold in Texas, and the majority is in the DFW area. We’ll ship our corny dogs or take our catering trailer to neighboring states when there’s a request.”

And request they do. Transplanted Texans still crave their Fletcher’s Corny Dogs.

In 2020, when the pandemic hit, anonymous donors commissioned Fletcher’s catering to feed first responders and hospitals. Requests expanded into other community businesses.

“When the State Fair of Texas announced closure in 2020, citizens emailed us asking what they can do to support the brand they’ve loved for years,” Amber explained. “That kind of loyalty saved our company.”

That level of customer patronage isn’t surprising. Fletcher’s Original Corny Dogs are the finest Texas fare at the State Fair of Texas and, for that matter, anywhere. The family, too, is awesome. Awesome, but corny. And that’s precisely how they intend to remain.