If you’re going to hire a football coach, you might as well go all-out. That’s exactly what Liberty Christian School officials did, announcing on Feb. 1 that they have hired Dallas Cowboys legend and future Hall-of-Famer Jason Witten as their new coach. Witten, 38, has a long-standing connection to the Liberty community as a parent of four Liberty students. He has also hosted numerous football camps at the school.

The hire not only gives Liberty Christian a head coach with an unmatched pedigree, but it’s easily the most high-profile coaching hire during a time when many high schools across the state are taking their programs in a new direction.

He replaces Steven Greek, who went 13-20 in three seasons at the school.

“In this next chapter, it is important to me to be the best father and husband I can be while making a positive impact in the community and share the wisdom I’ve accumulated over the years to positively impact the next generation,” Witten said in a news release. School officials say they will make coach Witten available for future interviews this spring. 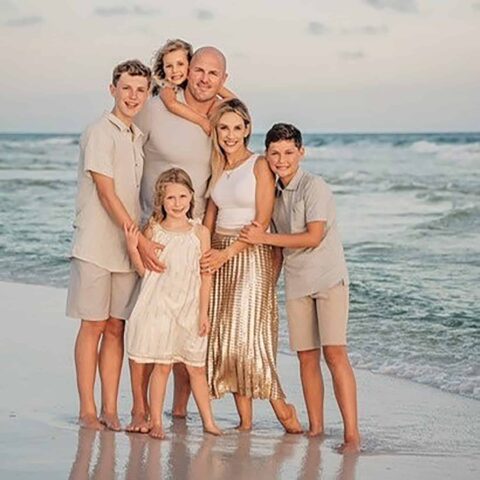 Witten is widely regarded as one of the best tight ends in NFL history. In his 17 seasons in the league, he had 1,228 receptions — putting him fourth in league history. He is second only to Tony Gonzalez for most receptions all-time by a tight end. He has also won numerous honors, including being named the Walter Payton NFL Man of the Year in 2012. He was with the Dallas Cowboys from 2003 to 2017 until he retired in 2018. He came out of retirement in 2019 to rejoin the Cowboys for one season before playing for the Las Vegas Raiders in 2020.

“I am very excited about Jason coming on board and joining the Liberty Christian coaching staff,” Liberty Christian athletic director Johnny Isom said in the same news release. “We have an extremely talented, hard-working group of coaches, and he will undoubtedly prove to be a wonderful addition. Jason has been a loyal parent in our community for a long time, so he already knows first-hand the excellence that
Liberty brings to all areas of our school.”

Isom added, “Additionally, he is a man of deep faith with a background rooted in hard work and family; something I know our athletes will benefit from witnessing. The football program will be in great hands under his leadership, and I cannot wait to see the impact that he will have on the lives of athletes.”

Witten is the second member of the NFL to take on a coaching role at Liberty Christian. The Denton Record-Chronicle reported that in 2012, New Orleans Saints coach Sean Payton spent time as the Warriors’ sixth-grade assistant head coach and offensive coordinator while serving a year-long suspension from the NFL for the “Bountygate” scandal.

“First, I want to congratulate Jason, his family, and the Cowboy organization on his pending retirement as a Cowboy,” Liberty Christian School President Blair McCullough said in the news release. “He certainly earned that honor, and I think it is a great thing for not only Jason and his family but the Cowboys and the Dallas community.”